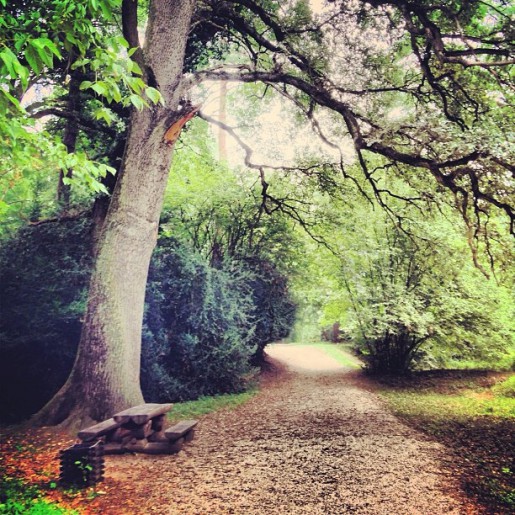 Those who have not reached the source think that the Path is extremely abstruse and mysterious. They think that the ultimate reality of the Path lies before the empty aeon, before the differentiation of the primeval chaos, before heaven and earth were formed. They think it is something silent and dark and vague, something impossible to fully fathom or investigate or probe, and that only the sages can experience or know it. Thus they know the words of the sages, but they do not know their meaning. How can we talk to them about this matter?

People who think like this are far from realizing that the Path is perfect and complete right under everyone’s feet, that it is pure and naked in the midst of everyday activities. It encompasses all mental moments and is omnipresent in all places. There is no dark place it does not illuminate and no time it is not in operation.

It is just that people have been running off in the opposite direction for a long time, branching off in aberrant ways, unwilling to believe in their own buddha nature, always seeking externally — that is why the more they seek, the further away they get from the Path.

This is why Bodhidharma came from the West and and just pointed directly to the human mind. This mind is the unconcerned mind in its normal equilibrium. Its natural potential spontaneously extends forth, without constraints and without clinging, without abiding anywhere or getting attached to anything. It shares in the powers of heaven and earth and merges with the light of the sun and moon.

There is no room here to set up arbitrary opinions. You flood out into great comprehension and merge into a state free from conditioned mind and its contrived actions and obsessive concerns. If you set up the slightest trace of dualism between subject and object and self and others, then you are blocked off and obstructed, and you will never penetrate through to it.

As the saying goes: “The real nature of ignorance is buddha nature, and the empty body of illusory transformation is the buddha’s body of reality.” If you can witness real nature within the shell of ignorance, then instantaneously the essence underlying ignorance is brought into play. If you can see the body of reality within the shell of the physical body, then instantaneously the essence underlying the empty body is wholly illuminated…

Once you have penetrated through to this true essence, and you have discovered that the empty body of ignorance is not separate from it, then none of the myriad forms of being is outside it. When your state is genuine and true, then it is totally inclusive at all times, leaving nothing outside of it, and you can put down your body and mind anywhere. Haven’t you seen the ancients say that along with sensory afflictions come the seeds of enlightenment?

When you reach this level, observing the reality of physical existence is the same as observing buddha. Then worldly phenomena and the buddhadharma are fused into one single whole. You are completely free and at ease as you eat food and put on clothes…

When you arrive at these ultimately simple, ultimately easy wonders of the Path that are right under your feet, the infinite gates to reality open up and appear before you all at once. You penetrate through birth and death to liberation, and you attain the supremely wondrous fruit of enlightenment. How could this be hard?