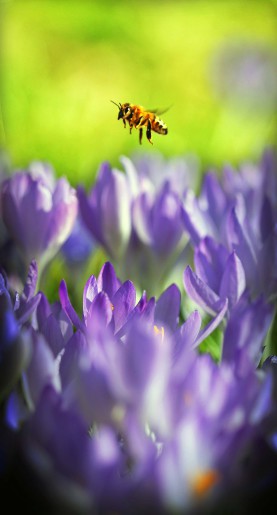 A sea-cow, a dugong, finds a special pearl
and brings it up on land at night. By the light it gives off
the dugong can graze on hyacinths and lilies.

The excrement of the dugong is precious ambergris
because it eats such beauty. Anyone who feeds on Majesty
becomes eloquent. The bee, from mystic inspiration,
fills its rooms with honey.

So the dugong grazes at night in the pearl-glow.
Presently, a merchant comes and drops black loam
over the pearl, then hides behind a tree to watch.

The dugong surges about the meadow like a blind bull.
Twenty times it rushes at nothing, passing the mound
where the pearl is.

So Satan couldn’t see
the spirit-center inside Adam.

God says, Descend,
and a huge pearl from Aden gets buried under dirt.
The merchant knows,
but the dugong doesn’t.

Remember the mouse on the riverbank?
There’s a love-string stretching into the water
hoping for the frog.

Suddenly a raven grips the mouse and flies off.
The frog too, from the riverbottom,
with one foot entangled in the invisible string,
follows, suspended in the air.
Amazed faces ask, “When did a raven ever go underwater and catch a frog?”

The frog answers, “This is the force of Friendship.”
What draws friends together
does not conform to Laws of Nature.
Form doesn’t know about spiritual closeness.
If a grain of barley approaches a grain of wheat,
an ant must be carrying it. A black ant on black felt.
You can’t see it, but if grains go toward each other,
it’s there.

A hand shifts our birdcages around.
Some are brought closer. Some move apart.
Do not try to reason it out. Be conscious
of who draws you and who not.

Gabriel was always there with Jesus, lifting him
above the dark-blue vault, the night-fortress world,
just as the raven of longing carries the flying frog.