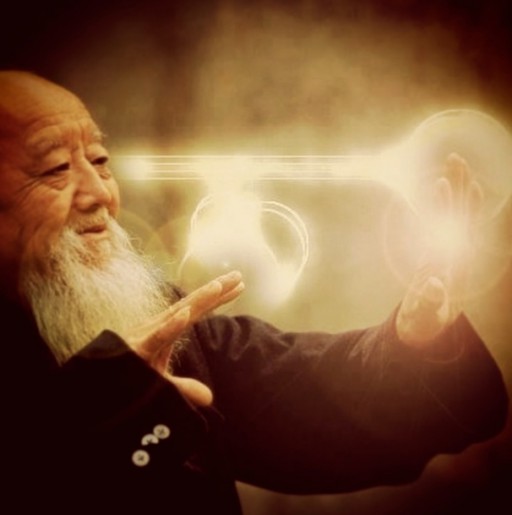 Let me remind you who you really are: You’re an immortal freedom fighter who longs to liberate all sentient creatures from their suffering. You’re a fun-loving messiah who devoutly wants to help all of your fellow messiahs claim the ecstatic awareness that is their birthright.

Try to remember. You’re a vortex of fluidic light that has temporarily taken on the form of a human being, suffering amnesia about your true origins. And why did you do that? Because it was the best way to forge the identity that would make you such an elemental force in our 14-billion-year campaign to bring heaven all the way down to earth.

I’m not speaking metaphorically here. You are a mutant deity in disguise — not a Buddha or a Christ exactly, but of the same lineage and conjured from the same fire. You have been around since the beginning of time and will be here after the end. Every day and in every way, you’re getting better at playing the preposterously amusing master game we all dreamed up together before the Big Bang bloomed.

Lately, I must admit, our work has seemed almost comically impossible. Many of us have given in to the temptation to believe that everything is upside-down and inside-out. Ignorance and inertia, partially camouflaged as time-honored morality, seem to surround us. Pessimism is enshrined as a hallmark of worldliness. Compulsive skepticism masquerades as perceptiveness. Mean-spirited irony is chic. Stories about treachery and degradation provoke a visceral thrill in millions of people who think of themselves as reasonable and smart. Beautiful truths are suspect and ugly truths are readily believed.

So no, at this peculiar turning point in the evolution of our 14-billion-year-old master game, it’s not easy to carry out our mission. We’ve got to be both wrathful insurrectionaries and exuberant lovers of life. We’ve got to cultivate cheerful buoyancy even as we resist the temptation to swallow thousands of delusions that have been carefully crafted and seductively packaged by those messiahs among us who bravely volunteered to play the role of know-it-all deceivers.

We have to learn how to stay in a good yet unruly mood as we overthrow the sour, puckered mass hallucination that is mistakenly referred to as “reality.”

Maybe most importantly, we have to be ferociously and single-mindedly dedicated to the cause of beauty and truth and love even as we keep our imaginations wild and hungry and free. We have to be both disciplined and rowdy.