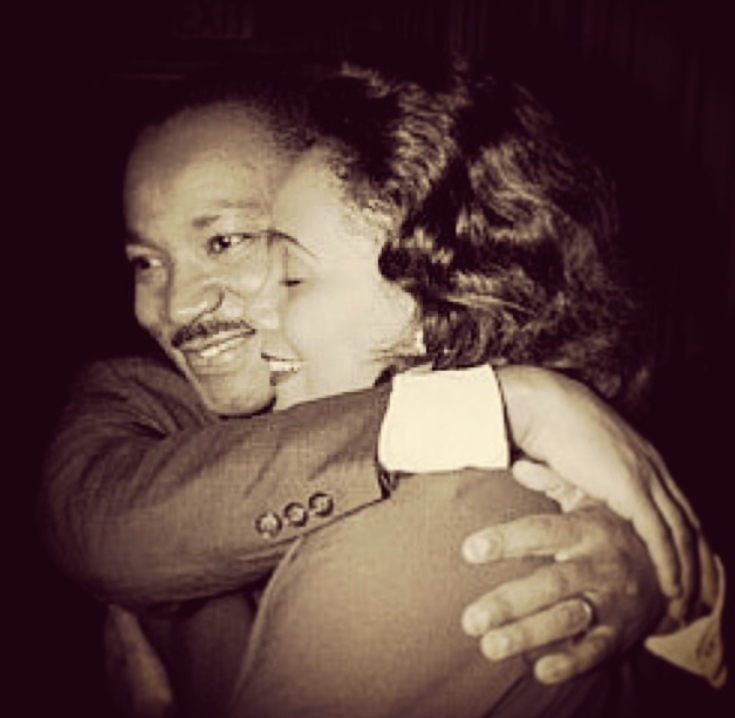 King wasn’t necessarily speaking about legislative integration between blacks and whites. He went along with the materialization of civil rights since folks did not understand his higher and vaster teaching of integration. He was trying to deliver the same message as Zen Master Thich Nhat Hanh’s teaching of interbeing. He wanted us to understand interrelatedness.

So when a young black child is murdered we are all being killed. But that understanding is difficult to cultivate in our hearts. Not because there are lines seemingly drawn between us but because there is no heart when we live in fear, only anger and violence. We are afraid of who is going to own the country or the world.

We are all vulnerable—but we are all also powerful.

We fear that hate will win because it has killed millions of people—both literally and in spirit—over the centuries. There is certainly evidence that we could perish under hate-filled regimes. And yet the power of love can be as strong as the power of hate. There is also evidence that love could prevail.

Can we begin again and again to express the spirituality of social justice? Can we become less perishable by taking up the work—both personally and collectively—that has been left behind by great teachers from every culture? And if not, can we at least remember that their wisdom is in our bones? Can we let it come through us? We have no time to waste.

to simply walk past

the fires of racism, sexism, and

so on because illusions of separation

exist within them, we may well be

walking past one of the